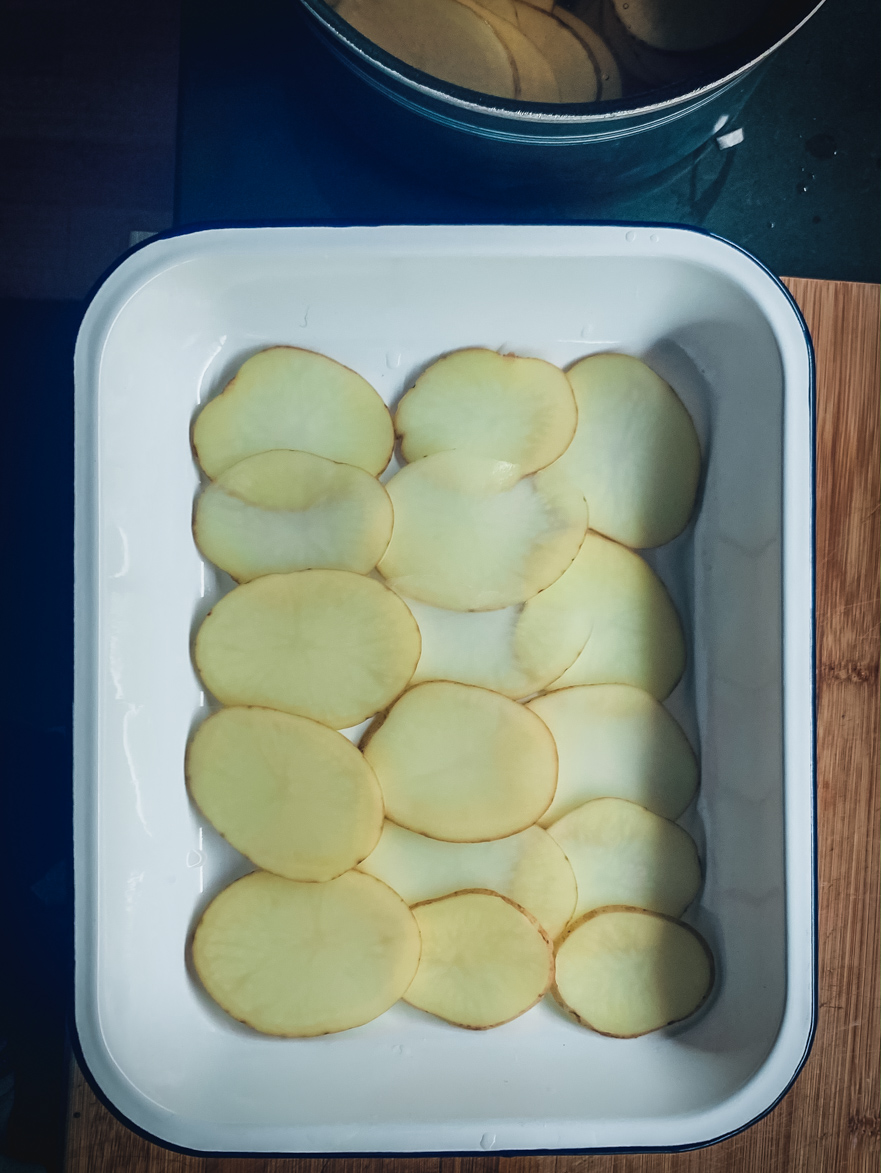 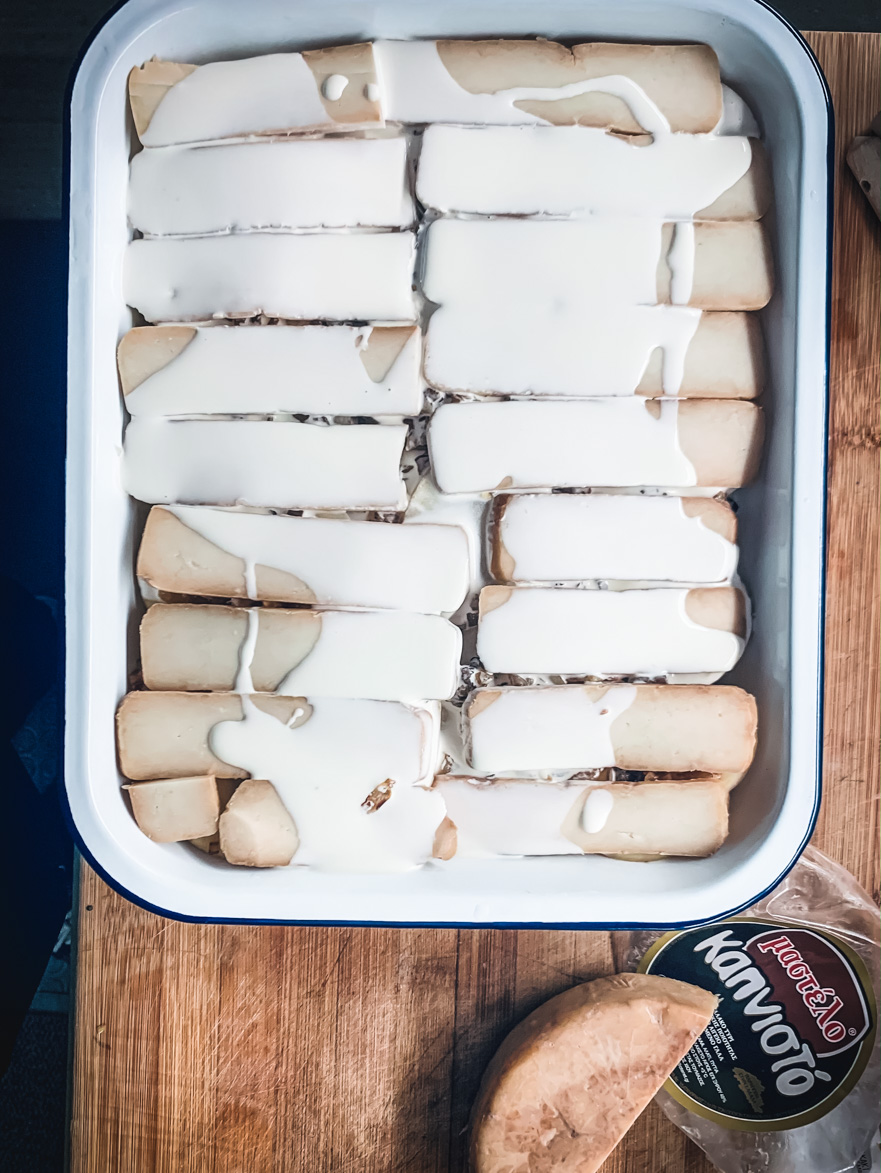 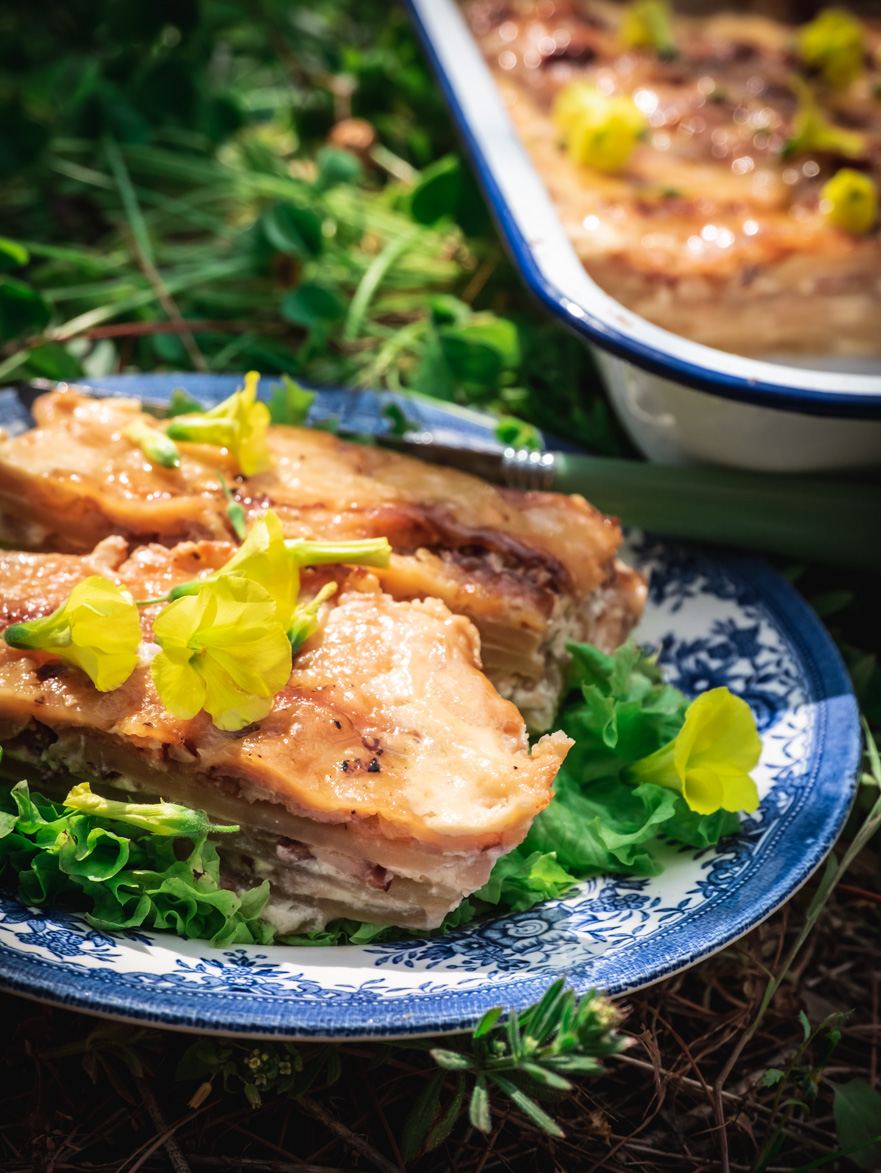 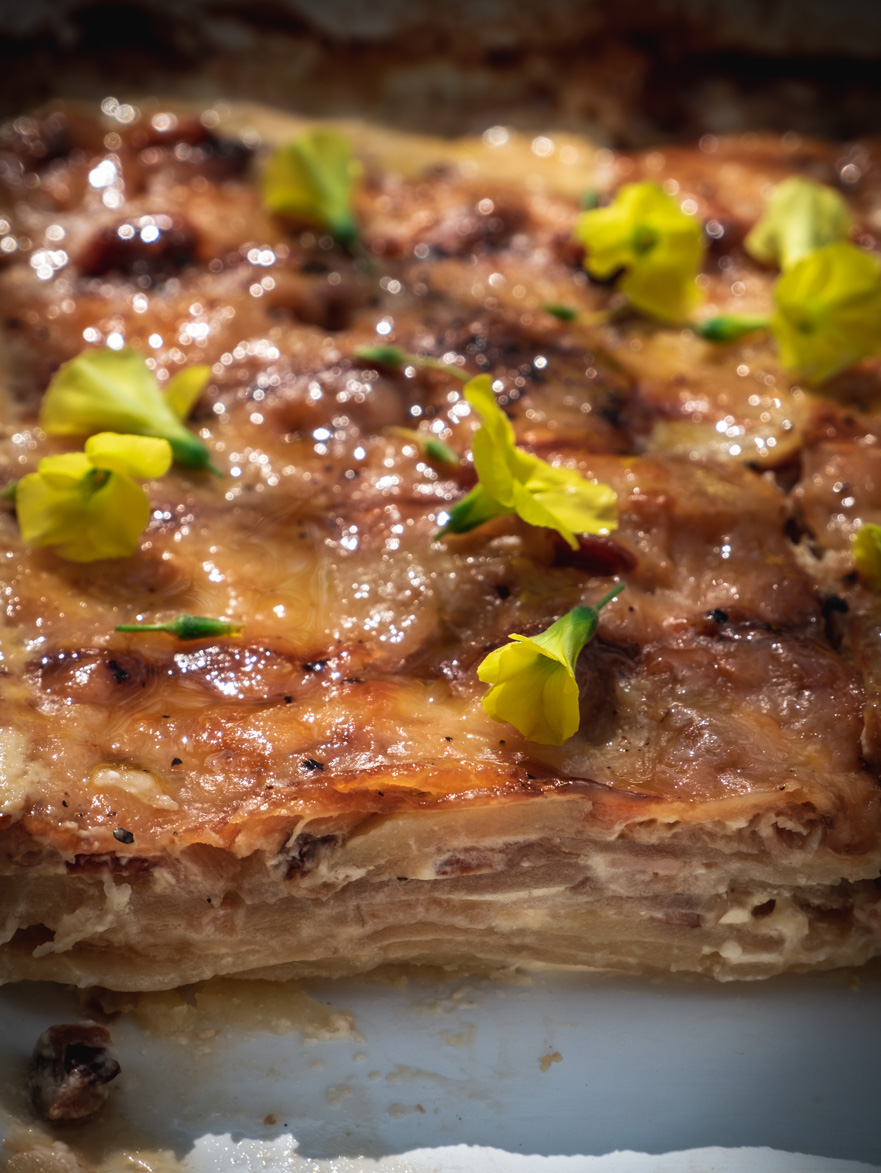 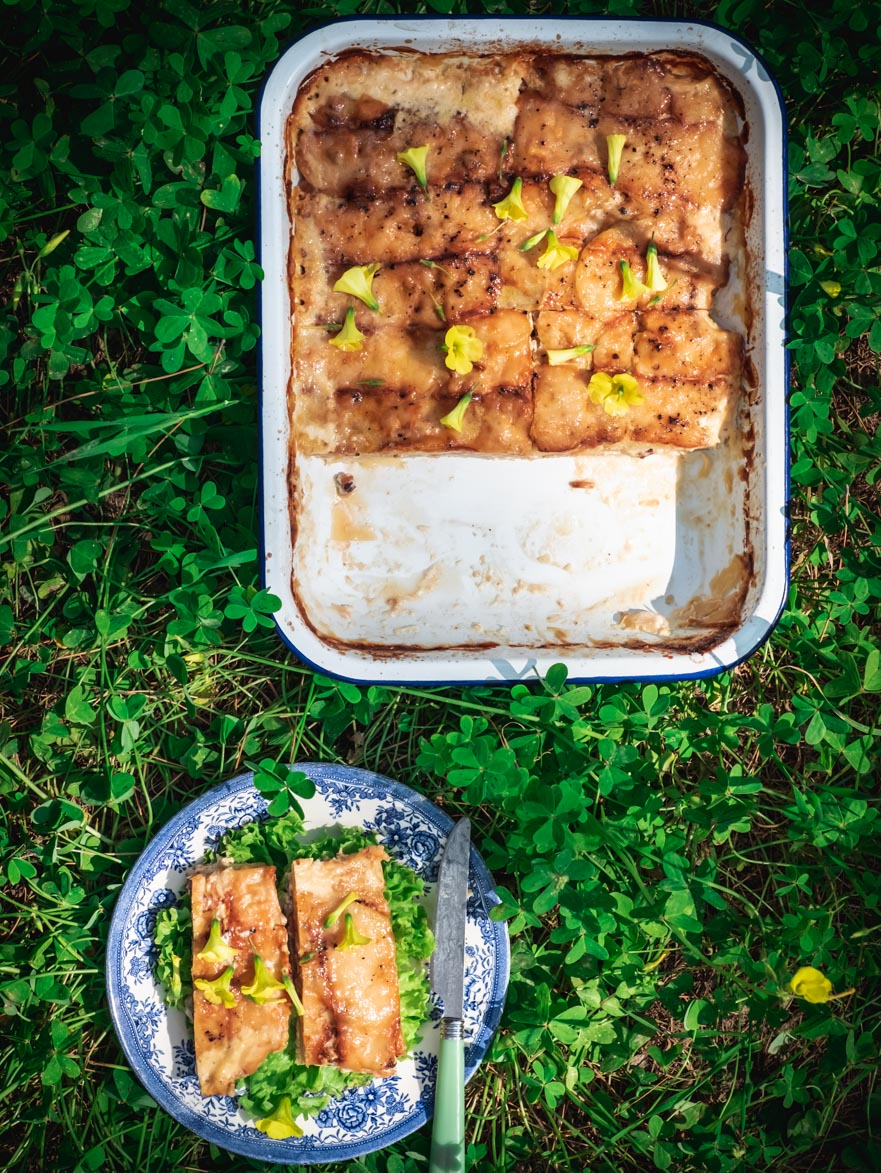 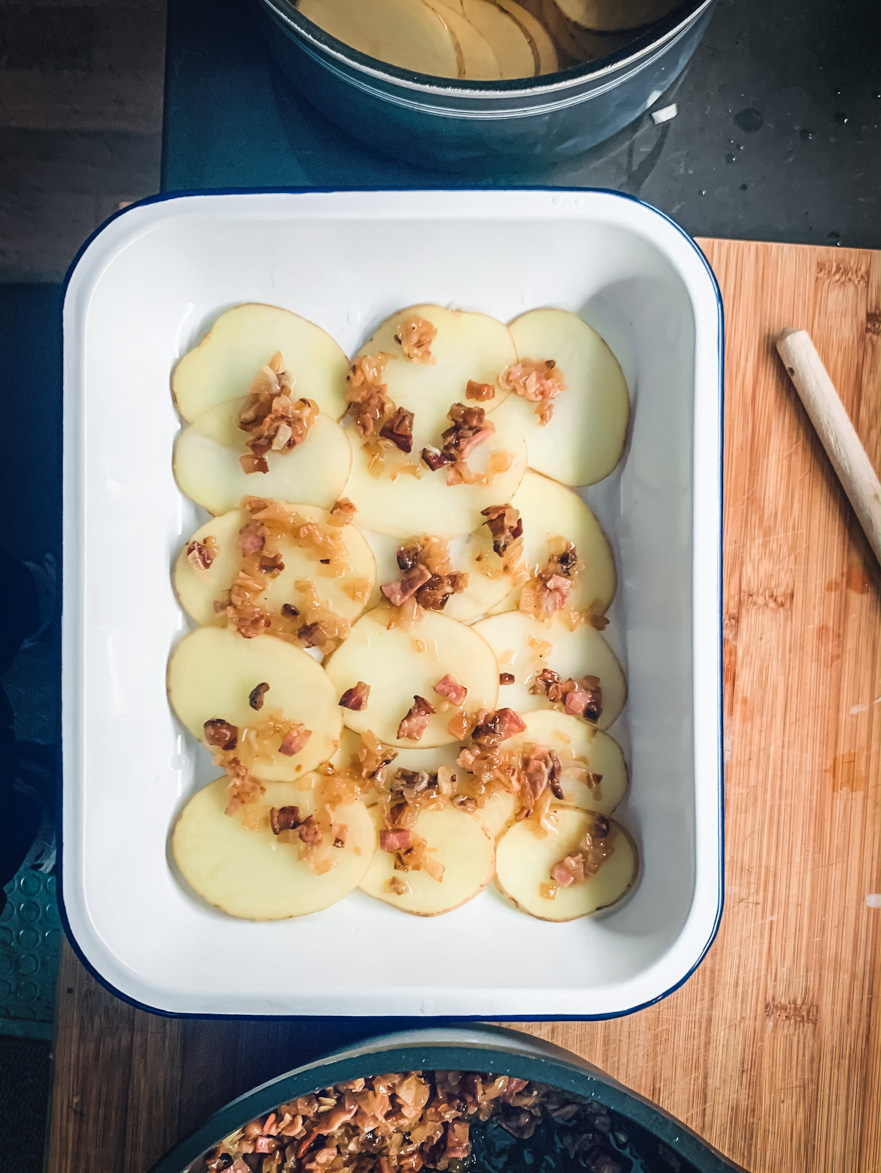 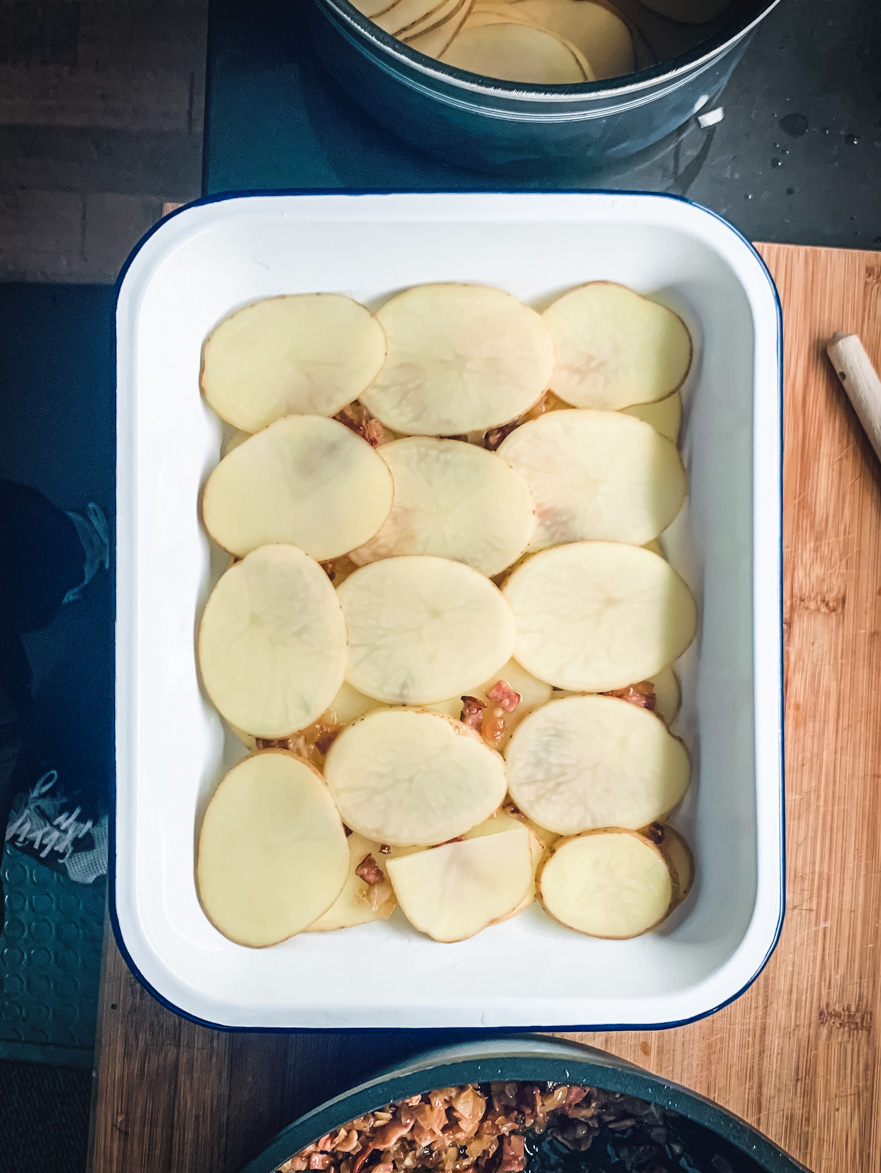 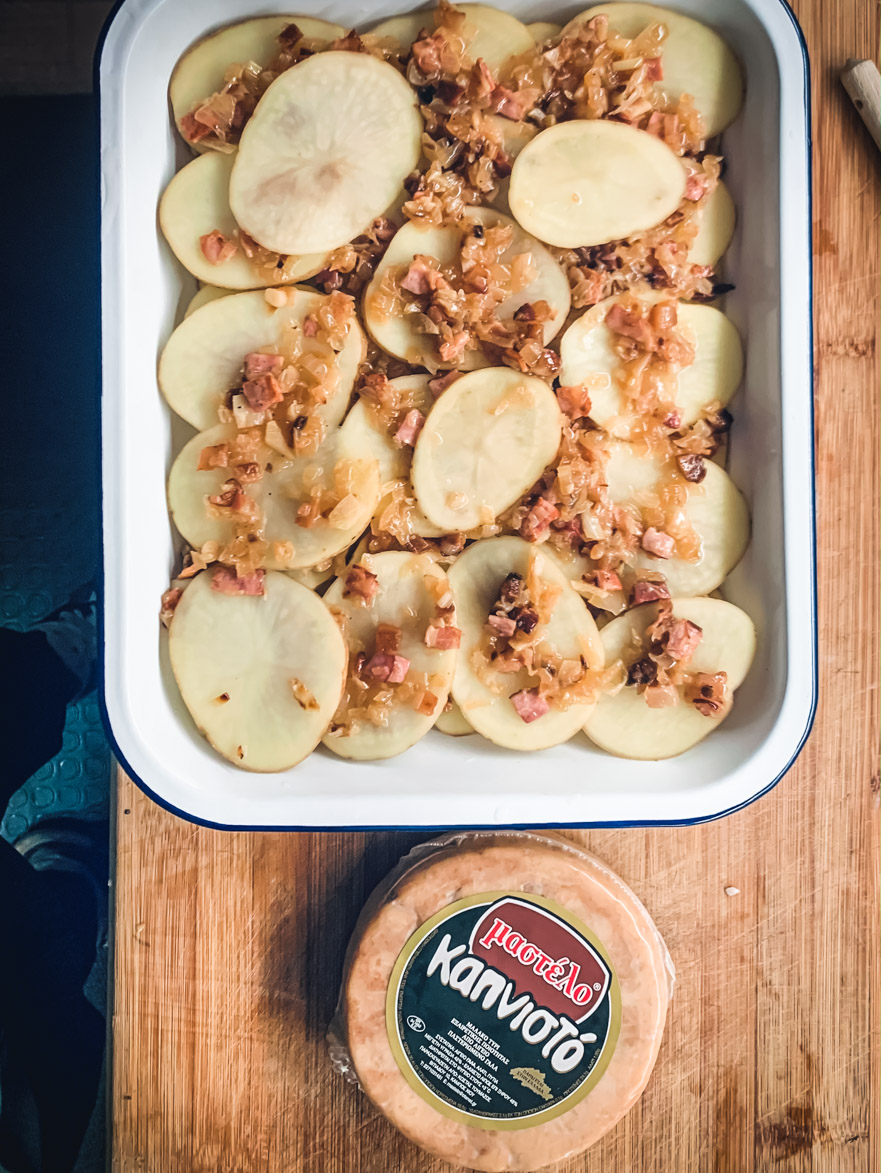 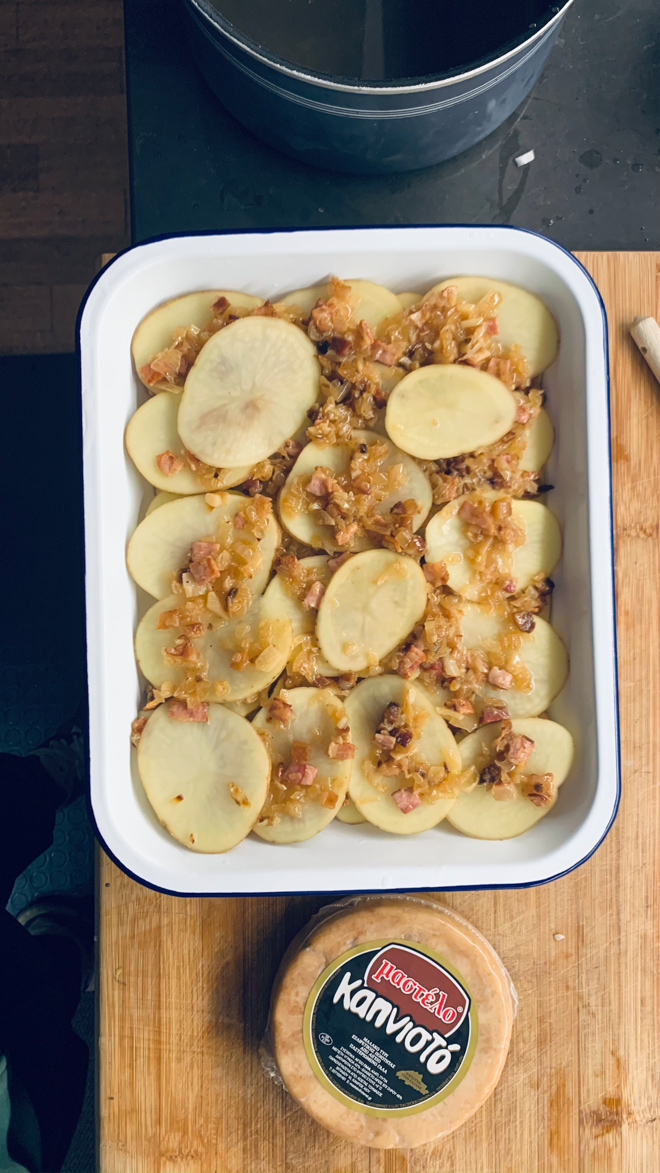 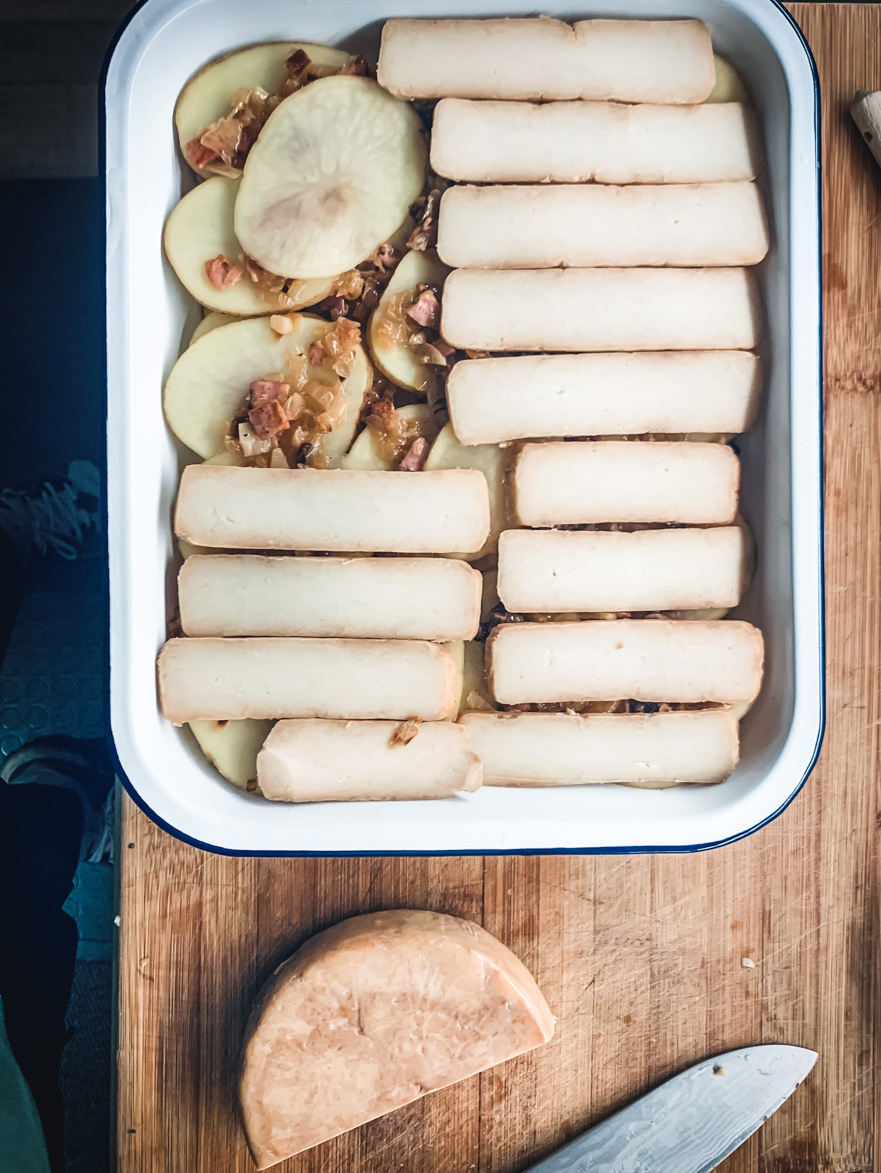 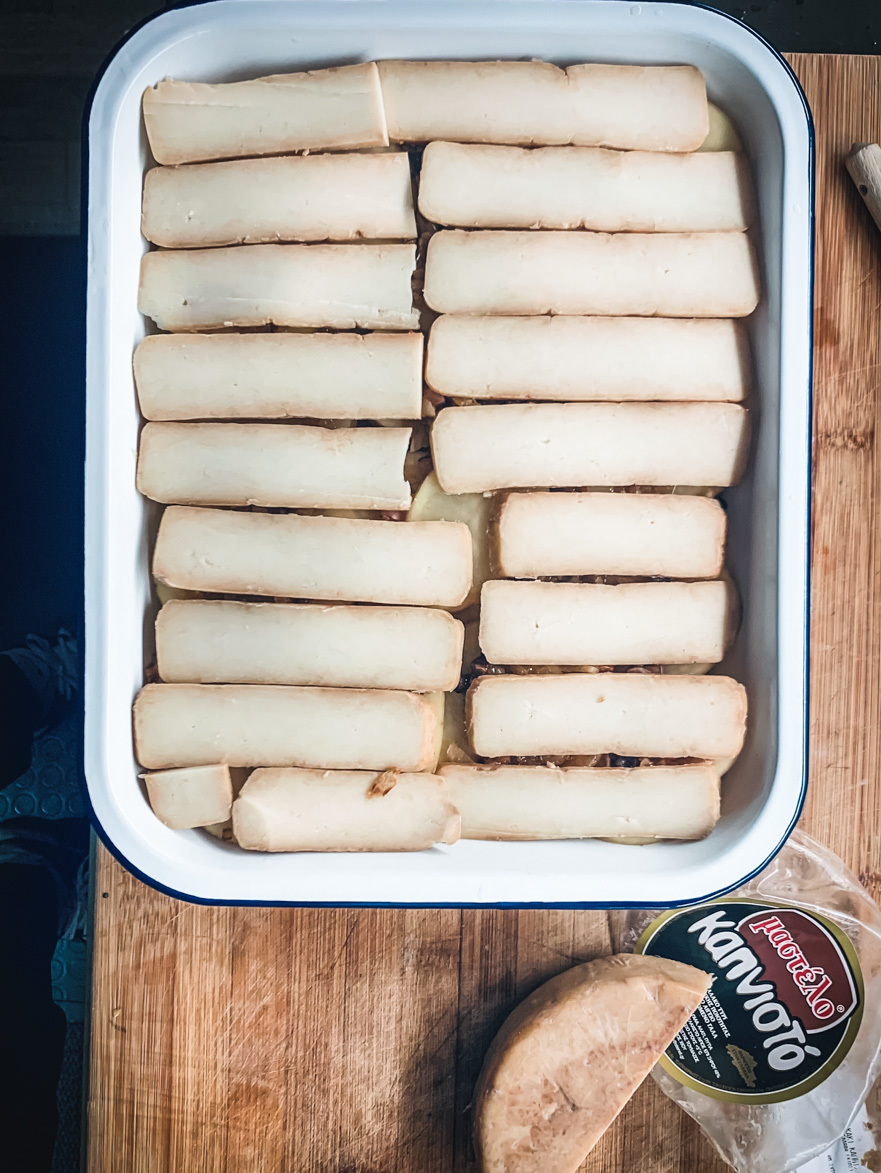 Do not know if you follow Tik Tok. I do and I have a nice presense there with more than a few videos.

You can find me there as @yannisbourodimos

In the begining it took me quite some time to see how it works but I got the hang of it and it was my little secret as many people think that a 50 yo guy is too old to be on Tik Tok... and they may be right..

Anyway... In the begining I never thought that there would be any food videos there but I was pleasantly surprised and I found a lot and did some myself as well.

There was one video that became really viral (The one with the cherry tomatoes, feta and pasta) and everybody was trying it out but another one caught my fancy... A video by @thehealchef which I tried and made it last night!

It was a hit I tell you!

Simple oven dish with layers of potatoes, onion and bacon with some cheese on top..

Let's see what we will need:

2 big potatoes skin on, washed and but in 1-2 mm slices

In a pan we add the bacon and cook it in low to medium temp so that it renders it's fat.

Cook till crisp, drain, keep the fat and return the fat in the pan.

Saute the onion and garlic in the fat till they become translucent and add the wine.

Cook the alcohol off for a few minutes and remove from the heat adding the bacon bits back inside.

In a 30X20 cm tin we layer the potatoes and the bacon mixture.

On the last bit of bacon we layer a thin layer of the cheese.

Add the cream in the tin and add some peper.

Cover the tin with aluminum foil and cook in a cold oven at 150 celsius for 75 minutes.

With the tip of the sharp knife test if the potaties are soft and if so remove the foil and bake for a further 15 minutes.

Otherwise cook for another 15 minutes with the foil on and then remove it.

Let it cool a bit before serving..