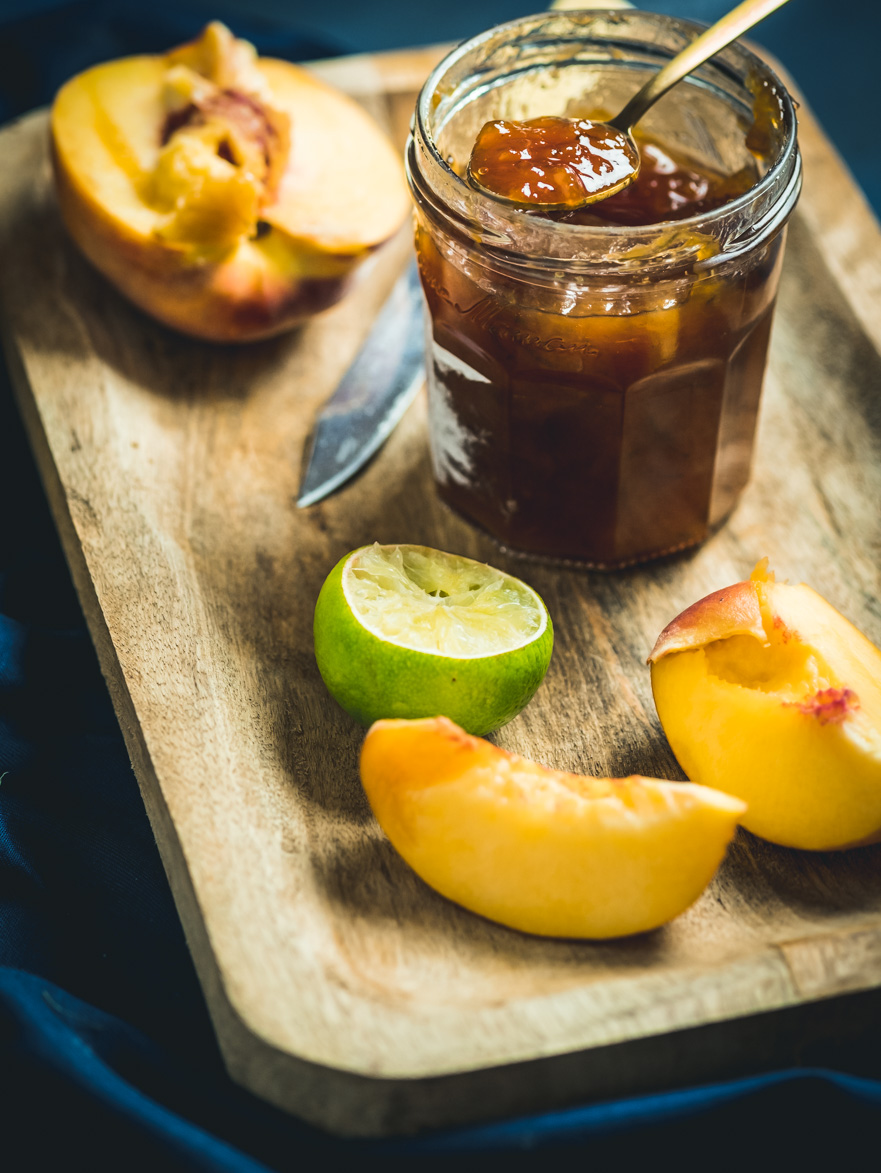 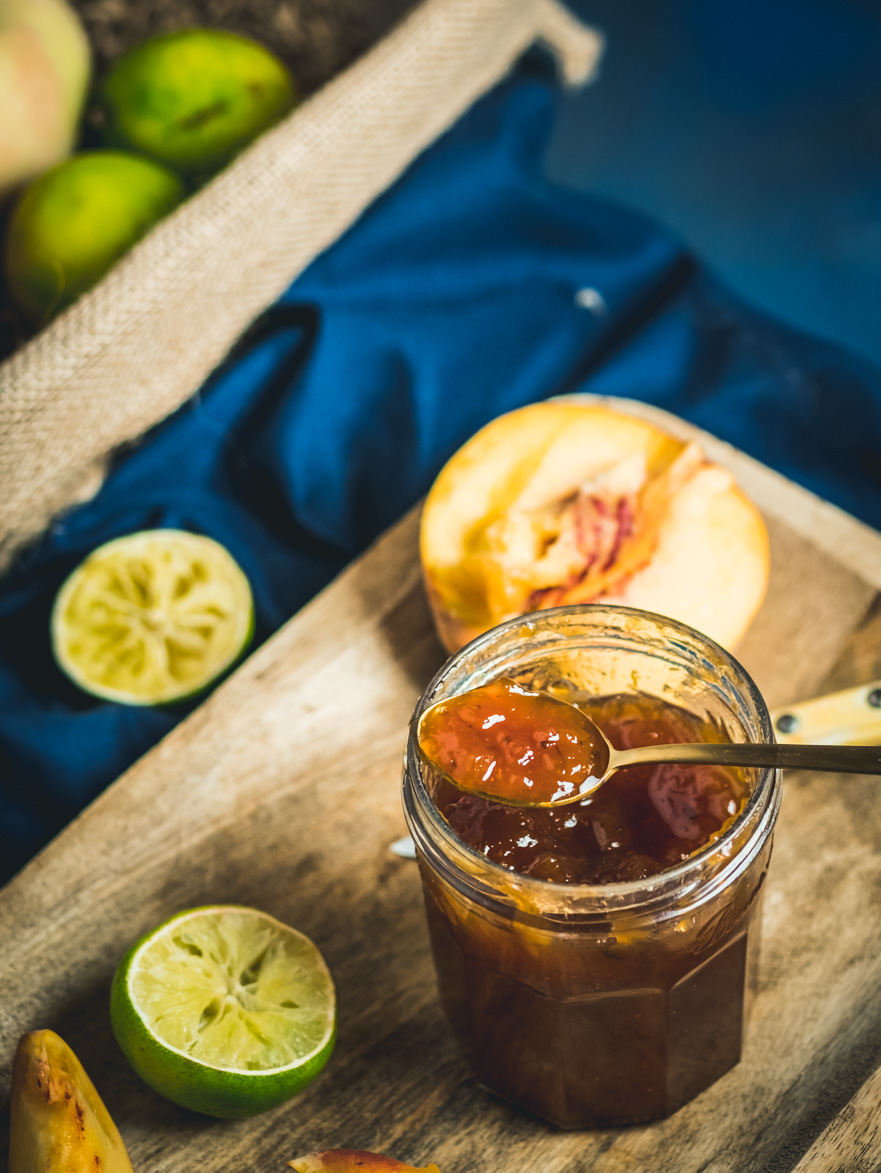 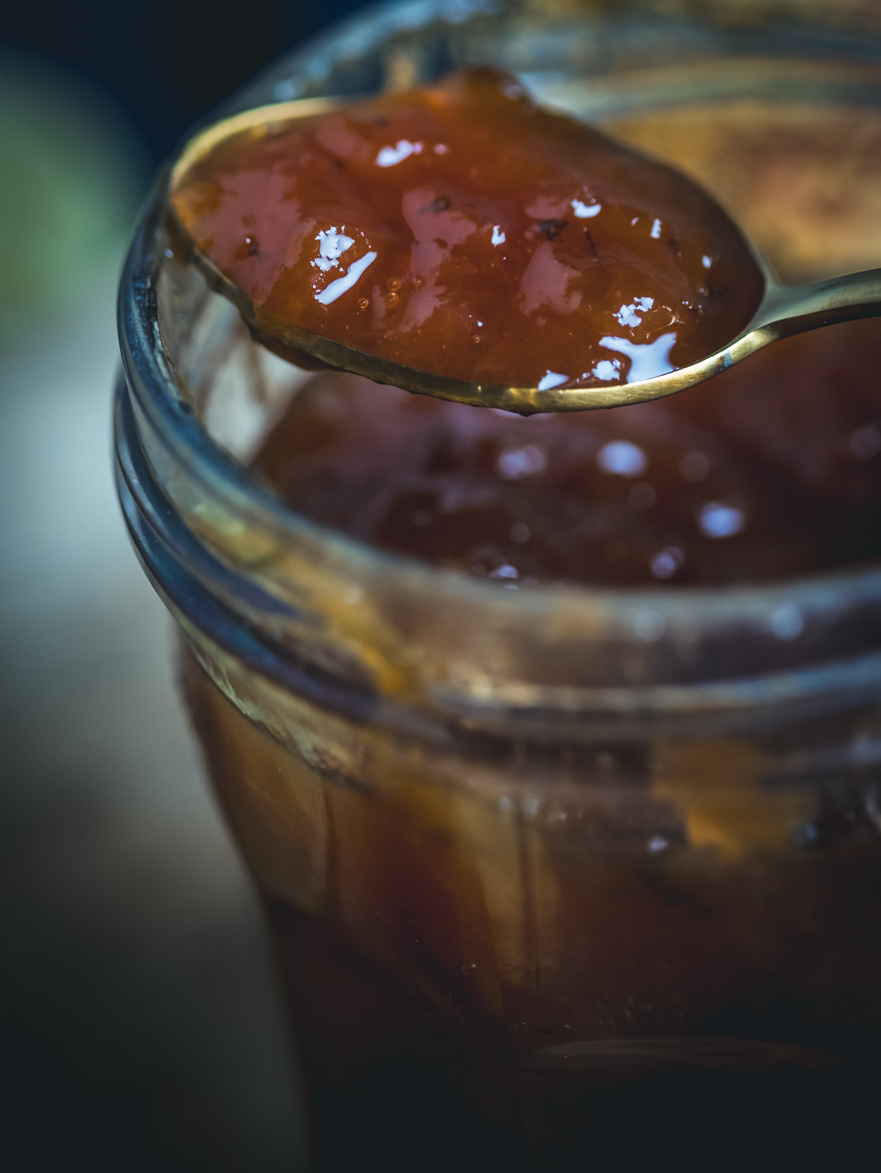 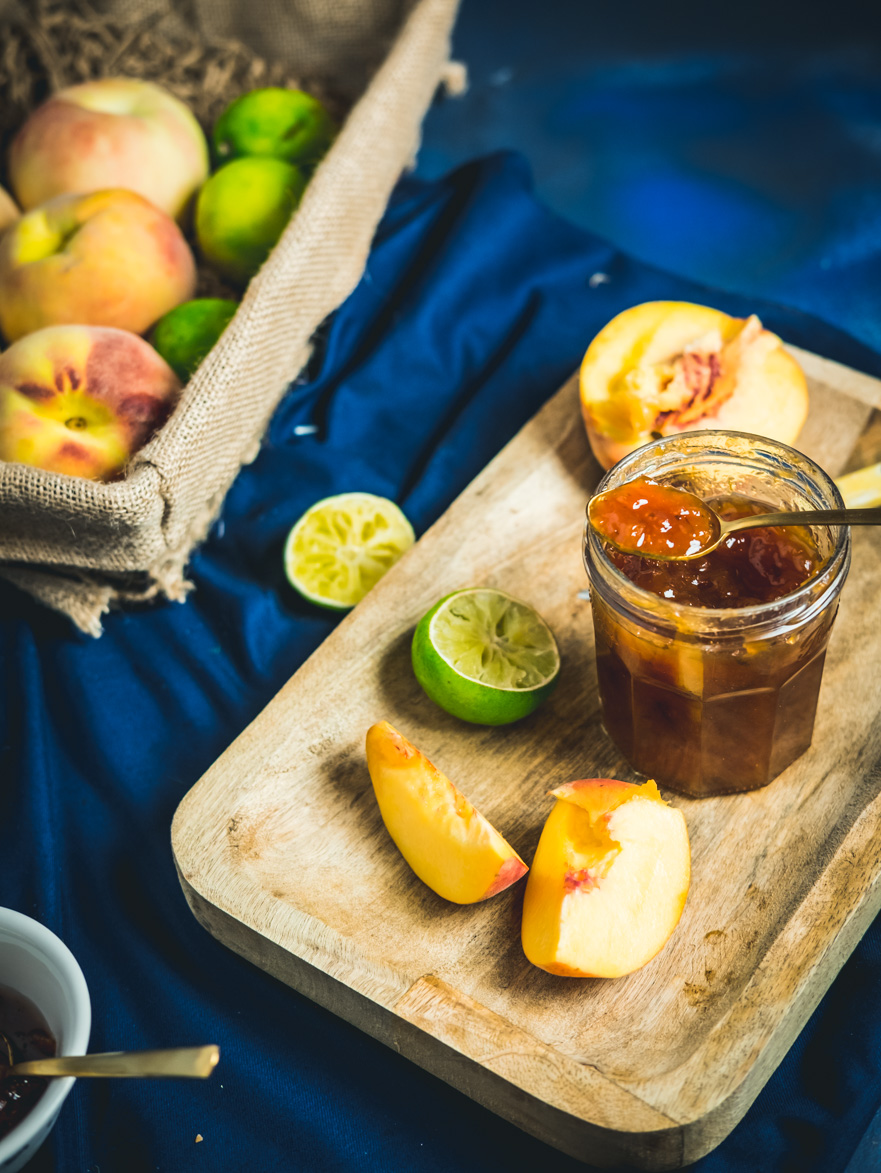 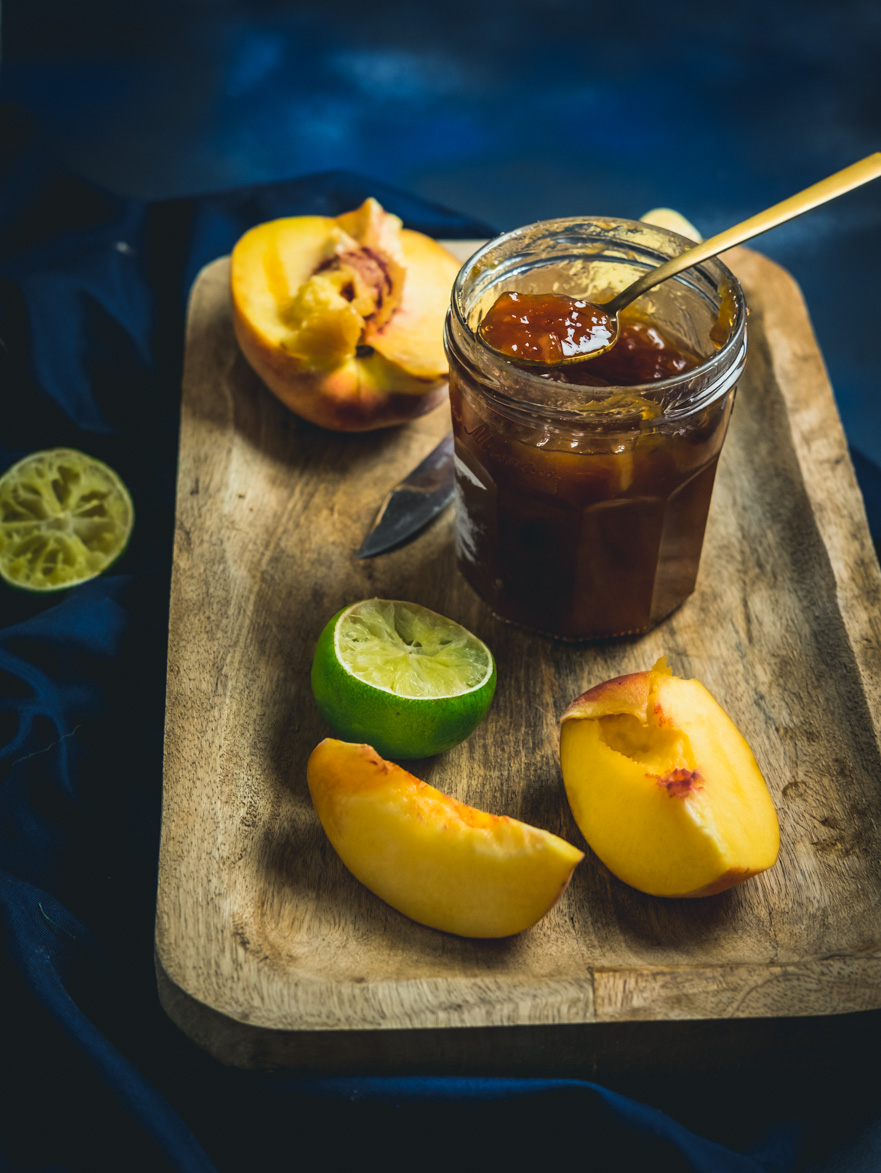 What can I say about this jam..

I saw someone adding zest from a lime in a peach fruit salad and got the idea about adding some in a peach jam I was planning to make.

I did a few tries. First time I used too much zest and it was too overpowering and so for the second batch I took it down a notch. Then in the second try, the balance between the fruit was fine but it lacked the freshness I tasted in the fruit salad that day.

Then it hit me to use half the zest while boiling the jam and adding the rest after you remove the pot from the stove. So that provided the freshness I was looking for. Problem this time though was that the zest was a bit tough so for the third try I took the zest using a microplane zester that gave me a pillowy zest that was just like a dream to use.

As I did put the zest in the end and even though it is a tiny quantity I am not 100% how it will keep in time so I urge you to keep the jam in the fridge... Should be ok outside but do not want to take any chances..

juice from the 4 limes

Remove the stones and cut the peaches in 8 pieces.

Add them in a pot with the water and bring to a boil. simmer untill they are soft.

Add the sugar, juice and half of the zest in the pot and boil till the jam sets.

Remove from the heat and add the rest of the zest. Stir well.

Transfer the jam in clean sterilized pots and keep in a dark cupboard for up to a year..