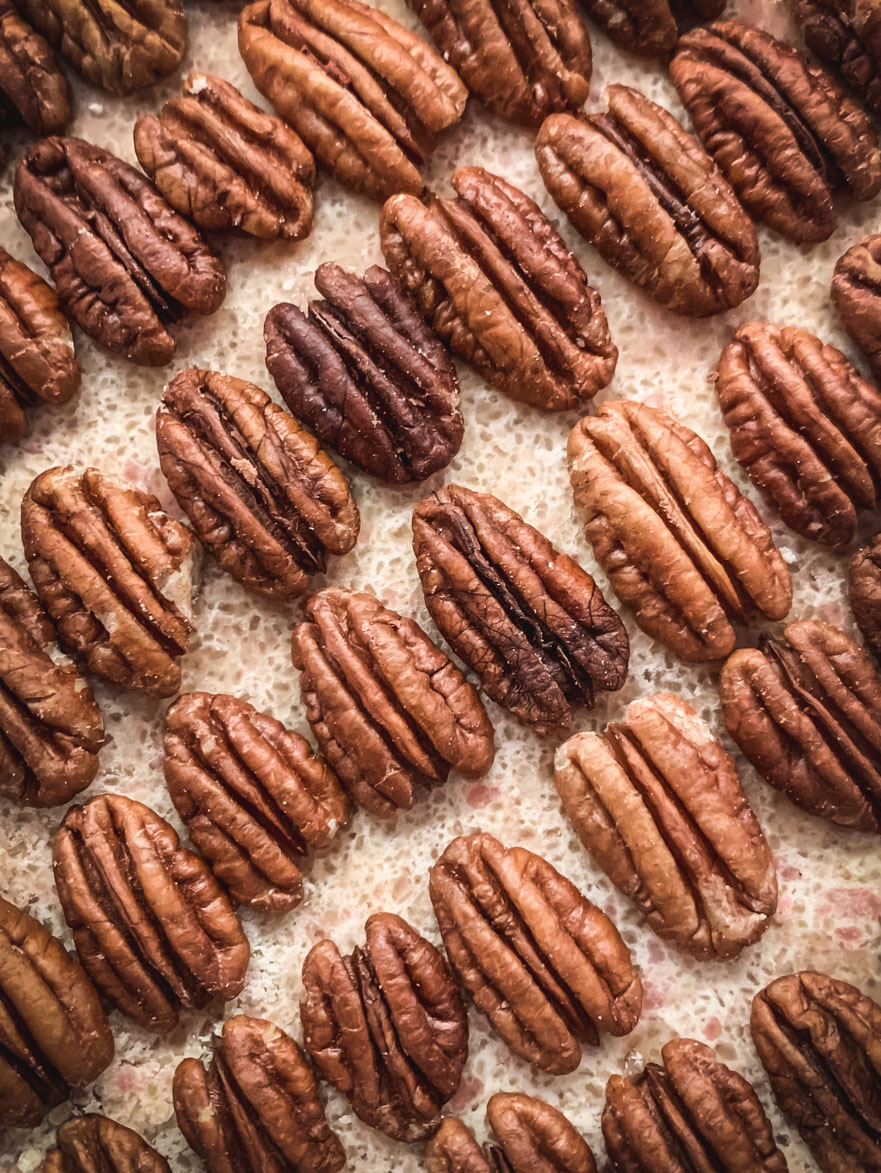 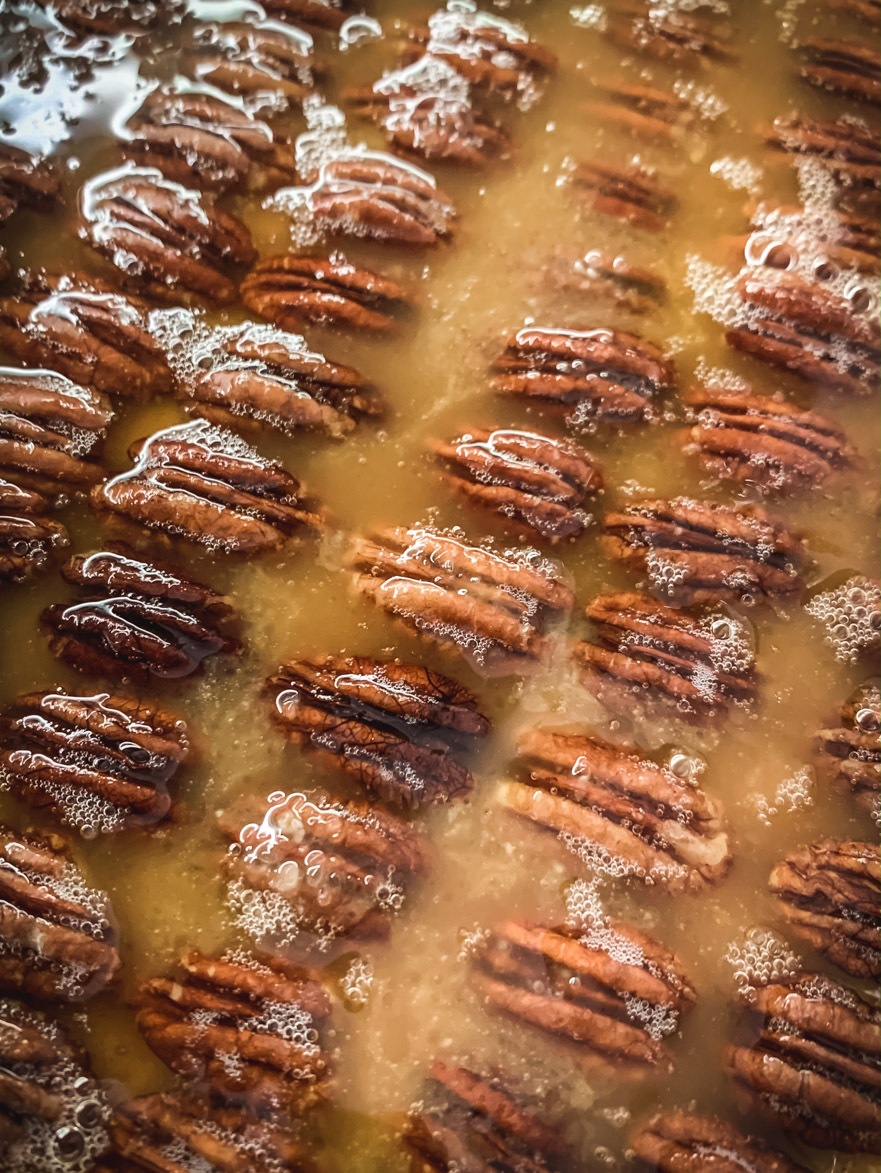 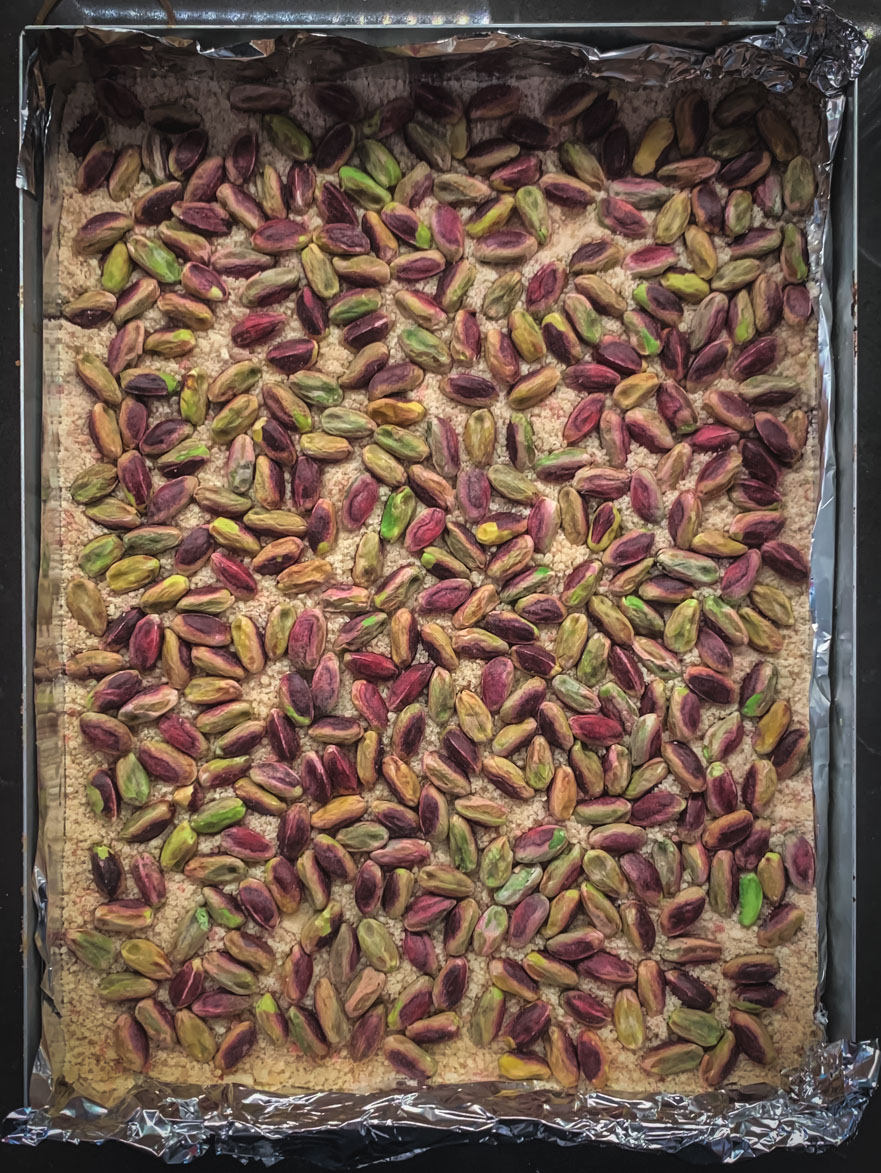 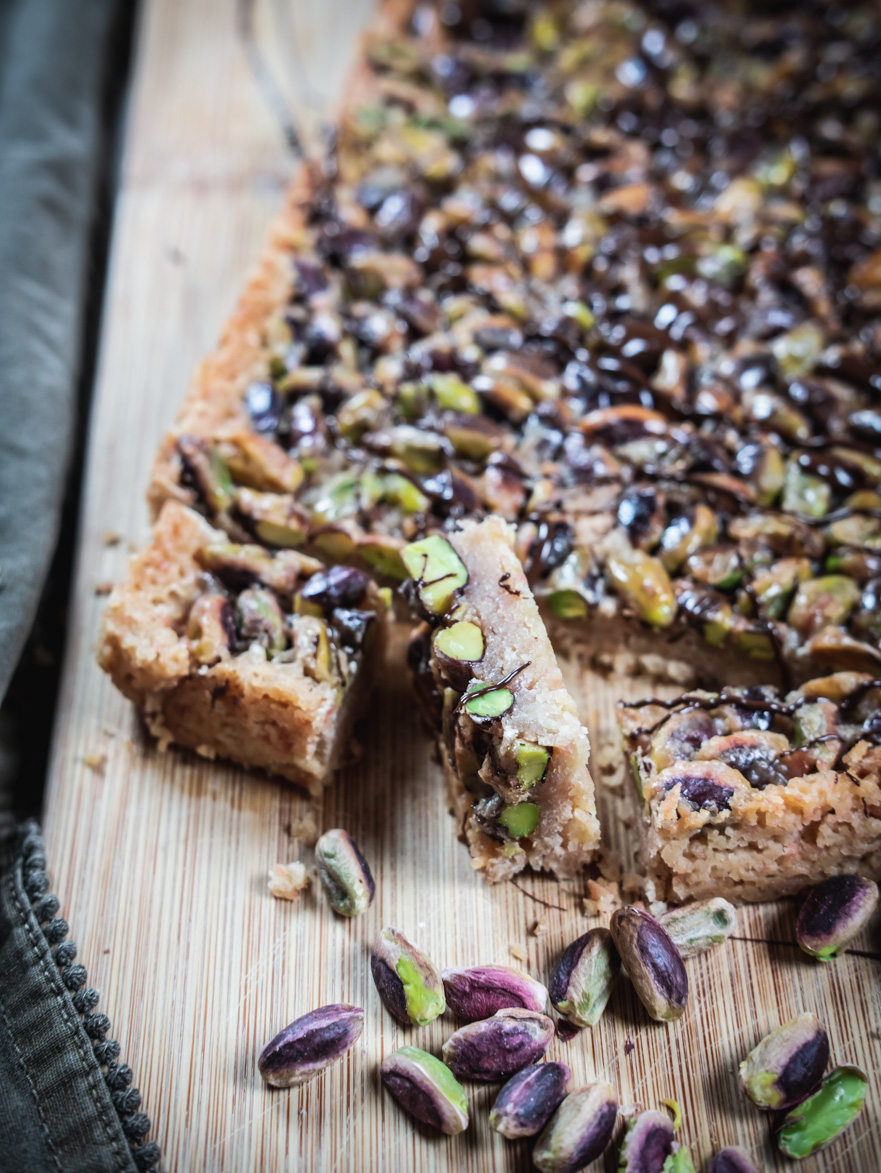 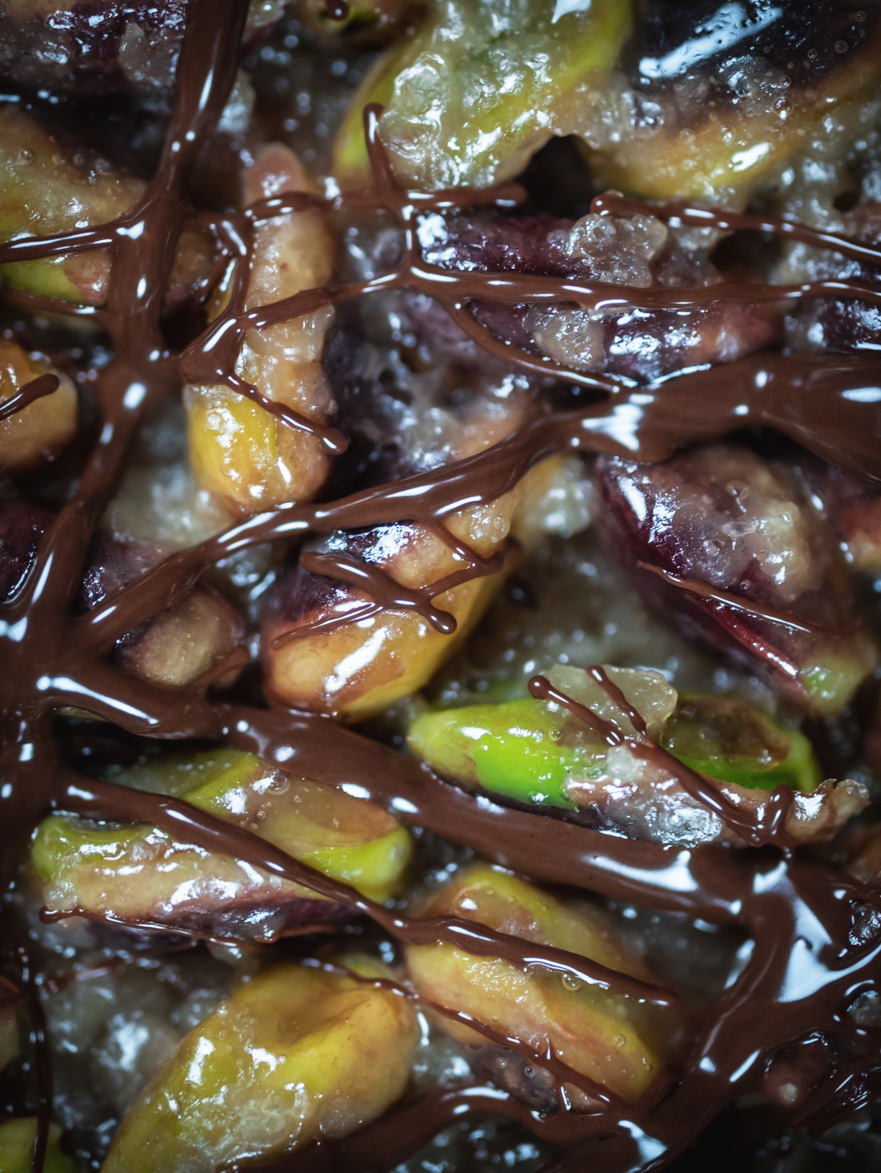 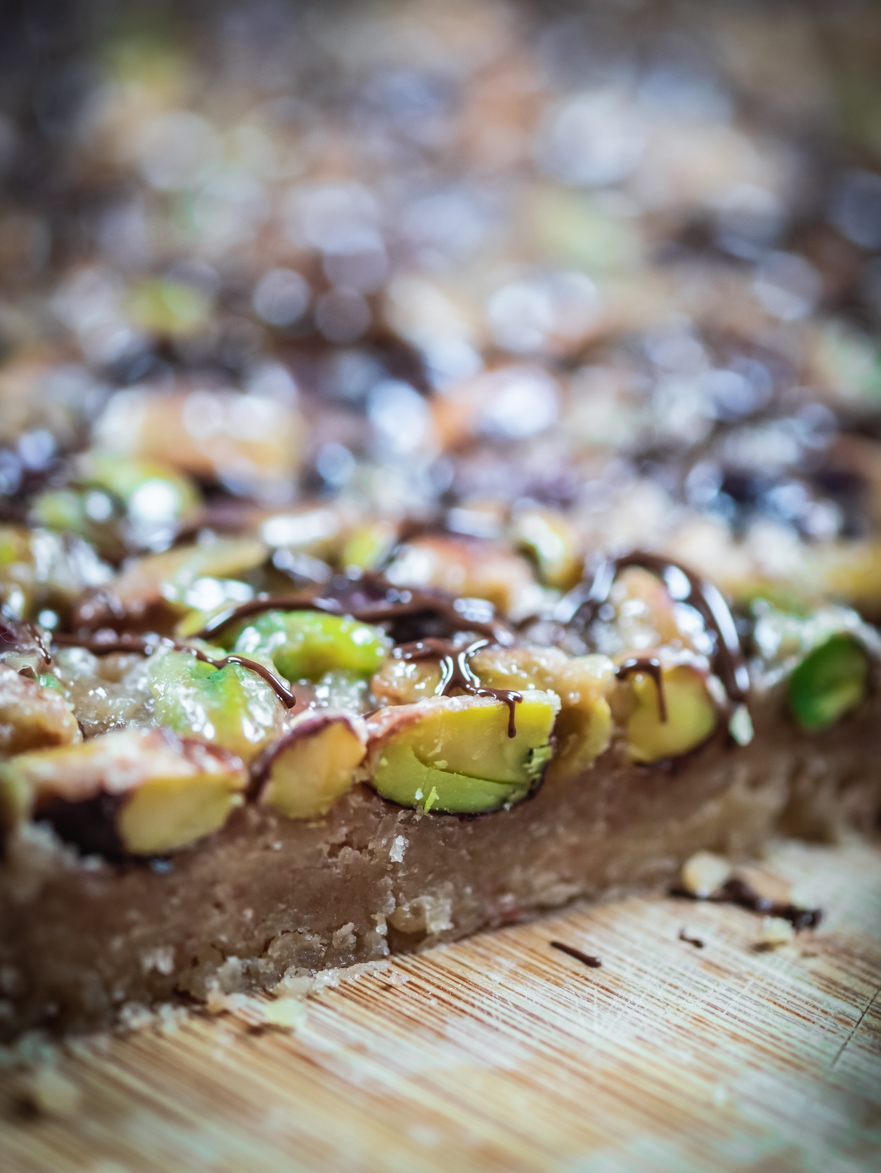 Around Christmas I had a great surprise by a friend.. well, not really a friend as we have hardly ever really talked and exchanged views about life, universe and everything, but from the little I know him and his partner they are in the "friends in the making" list. And if it was not for the pandemic etc we would have known each other a lot better am sure..

Anyway! so one day I saw a picture on Dionysios facebook profile. It was a picture of what I thought it was a pecan pie. I commented on it and he said that it was actually pecan bars, something I found really intruiging. Anyway... to make a long story short because the guys were cooking and did not want to eat all that they were making they were sending care packages to their friends. So, they sent one to me including some pieces of that wonderful dessert...

I asked him for the recipe and he gave it to me. And I tried it.. and it did not turn out well.

And that was for three reasons:

First I did not really read the recipe properly.

Second I thought I knew better, and third

I overbaked it... and since it contains a caramel well, you can understand what happened.

So I did it again and this time as I was short on pecan I used pistachios.. and it turned out great. I happened to have some melted chocolate from a video I was doing at the time so I drizzled some on the thing and it just was meant to be.

So, here is the recipe and please try to follow it to the T...

One tip.. cut in small pieces..

1tblsp liquer of your choise

250g of all purpose flour

Preheat the oven at 170 fan forced.

Layer the bottom and sides of a 30X25X5 cm pan with aluminum foil.

Beat the butter till it gets fluffy and white with a mixer.

Add the sugar and salt and beat them in as well.

Add the liquer and mix for another minute.

Lower the speed and add the flour.

Beat till for another minute till it resembles wet sand. It will not be like a dough...

Empty it in the pan, flatten it and try to press it down with your hands but not make it too compact.

Layer the nuts on top.

Meanwhile in a small pot add the butter and sugar for the caramel and bring to a boil. Be careful as it rises a lot when it boils so make sure you choose a deep enough pot.

Boil till it boils over a few times.

Empty the caramel over the nuts the pan evenly.

Bake for 20-22 minutes. Leave to cool for an hour, then put it in the fridge for a couple of hours and then cut in small pieces and serve..