A Bike Tour around The City of Athens 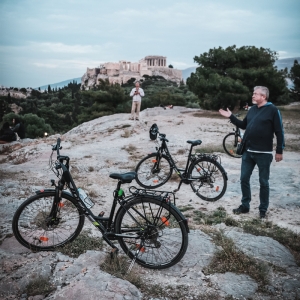 So, 2 and a half years ago, while we were still living in Palaio Faliro, I used to cycle every morning for about half an hour before going to  work and more on the weekends. I loved cycling by the sea when the rest of the city was still asleep. 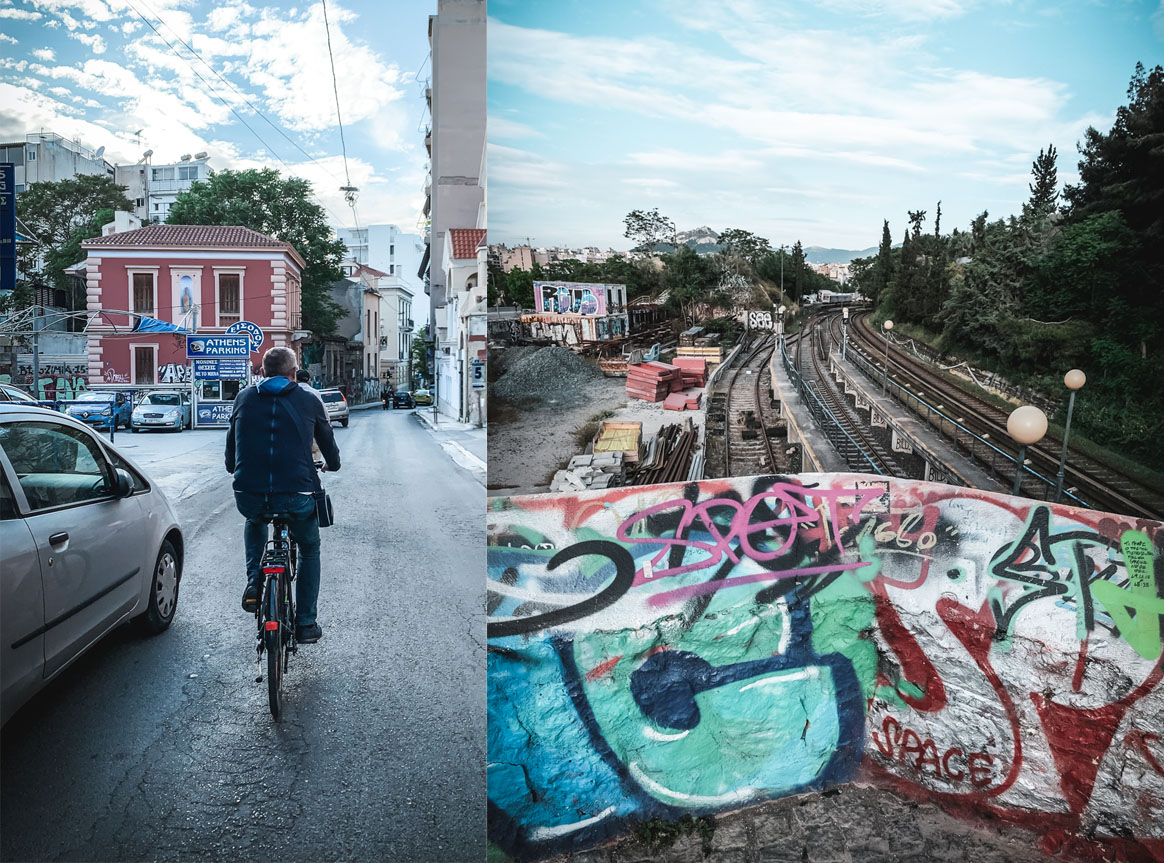 It helped me a lot with a diet that I had started and generally I felt better doing a little exercise everyday.

Unfortunately I started to exercise fanatically. I started to compete against myself using an App called Strava and tried to improve my score daily..one day my knee gave out and I couldn’t continue cycling…

I had to give up cycling altogether to get better. After that happened we moved to Nea Filadelfia and the bicycles remained in the storeroom. We have talked continuously about getting them out fixed up and go for rides but in the meantime we got a dog, Farah, who needs two walks a day and the bikes remained where they were. 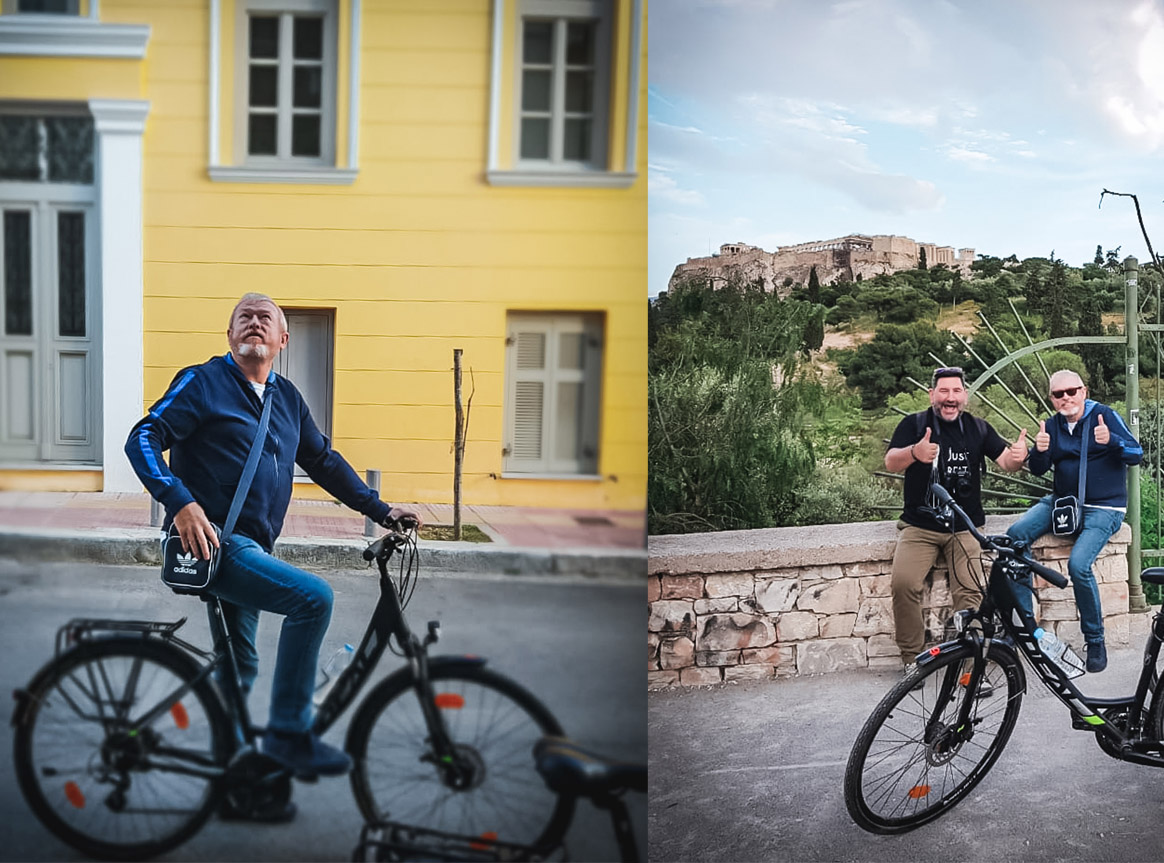 When we started doing the private dining for tourists at home we thought about how in the future we could work together with others to combine maybe food and bike tours or some such thing.

Then our friend Alexis told us about Dimos. Dimos is an incredible person who organises tour around Athens by bike….and I was thinking how dangerous is it to do a bike tour in a very bike unfriendly city such as Athens but there are ways around that. 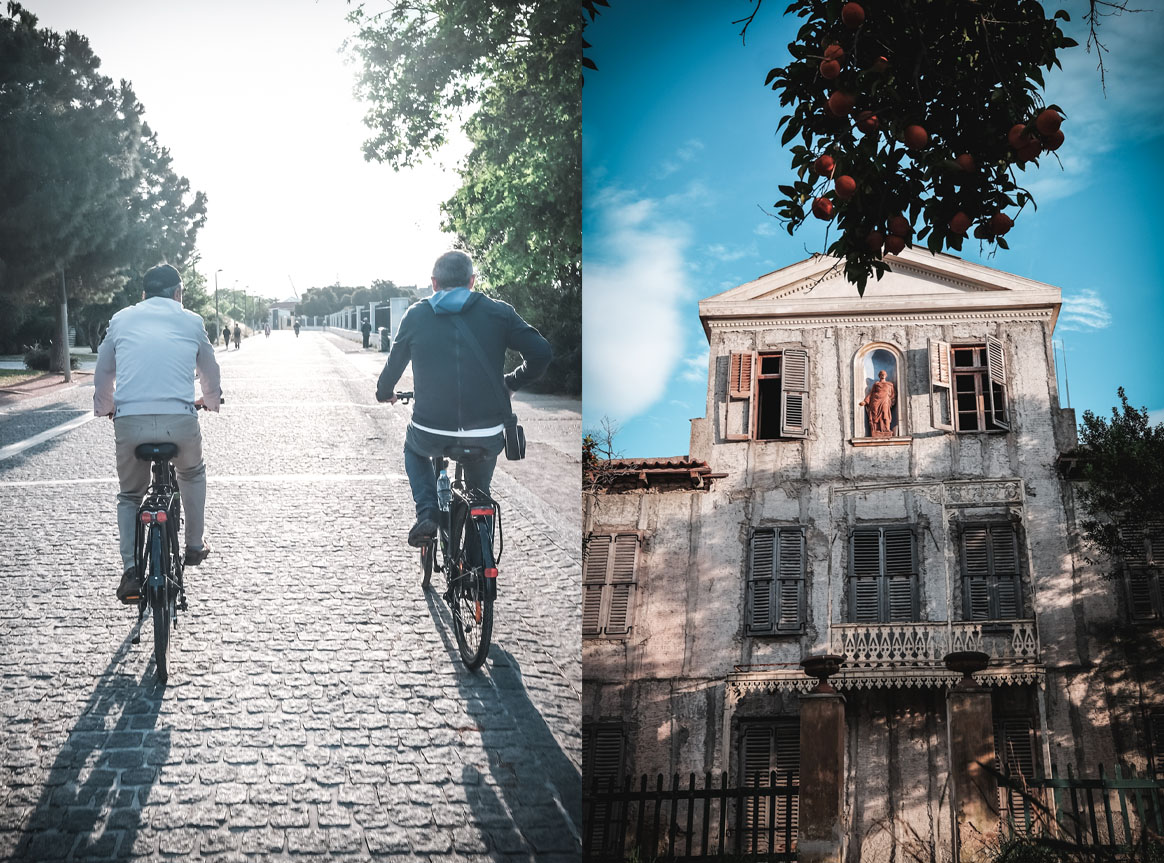 We went to see him and loved his great personality , we found we had common friends and acquaintances, and he lives in an apartment with the most impressive view of the Acropolis and the inner city and a large outside terrace.

We met there for coffee one afternoon and a chat..about cycling..the city of Athens..about Greeks, literature of which he has great knowledge, publishing which he has done for years, about travel and tours and just about everything..an amazing man!

He said it’s all well and good talking about it but we should go with him on a bike tour to get an idea of exactly what it entails…so we booked for the following week. We told him we had done no cycling for two years and not much exercise either! 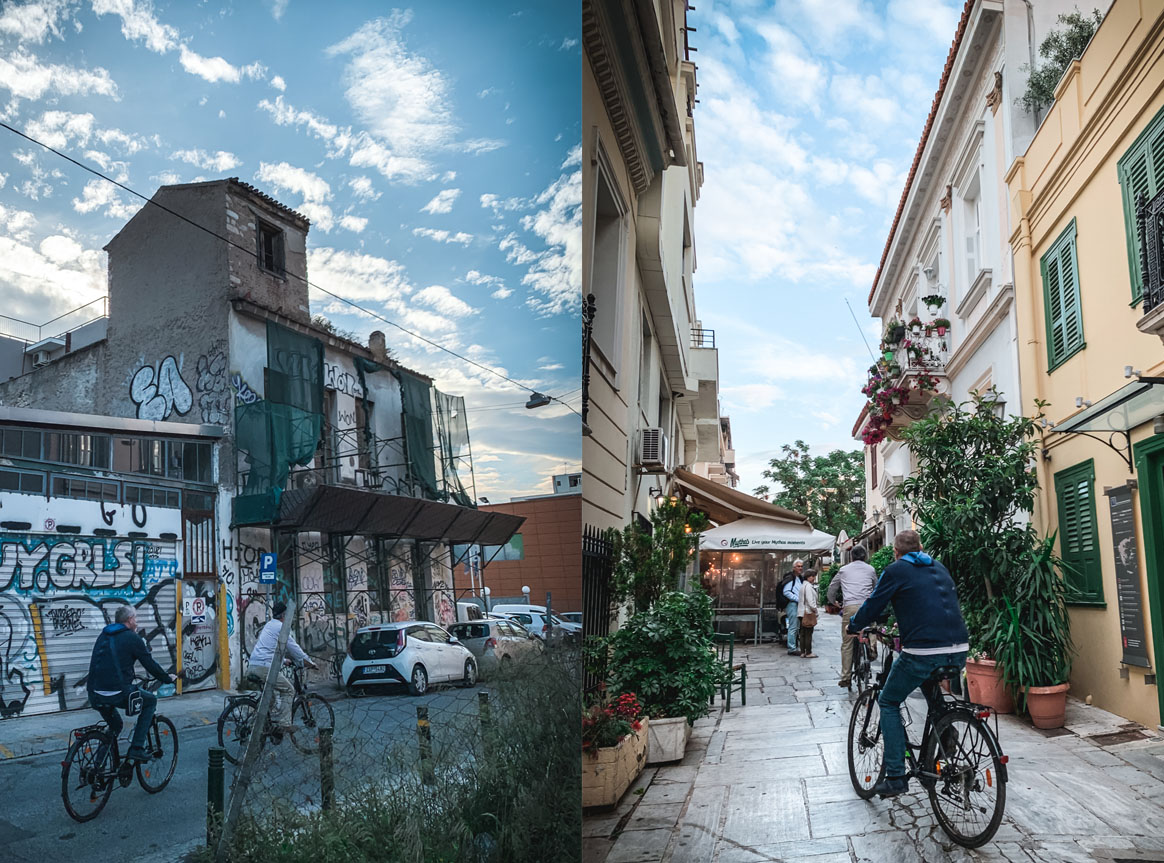 The days passed by quickly and we met him at the base of his building in Voreou St Monastiraki where he has a shop for his bike tours and we chose bikes for the tour according to our height etc. so off we went.

We thought we wouldn’t be out long so we didn’t even wear helmets..but in the end the bike tour took 3 and a half hours and it needed to!!

I didn’t know what to expect and generally I didn’t expect it to be easy….. 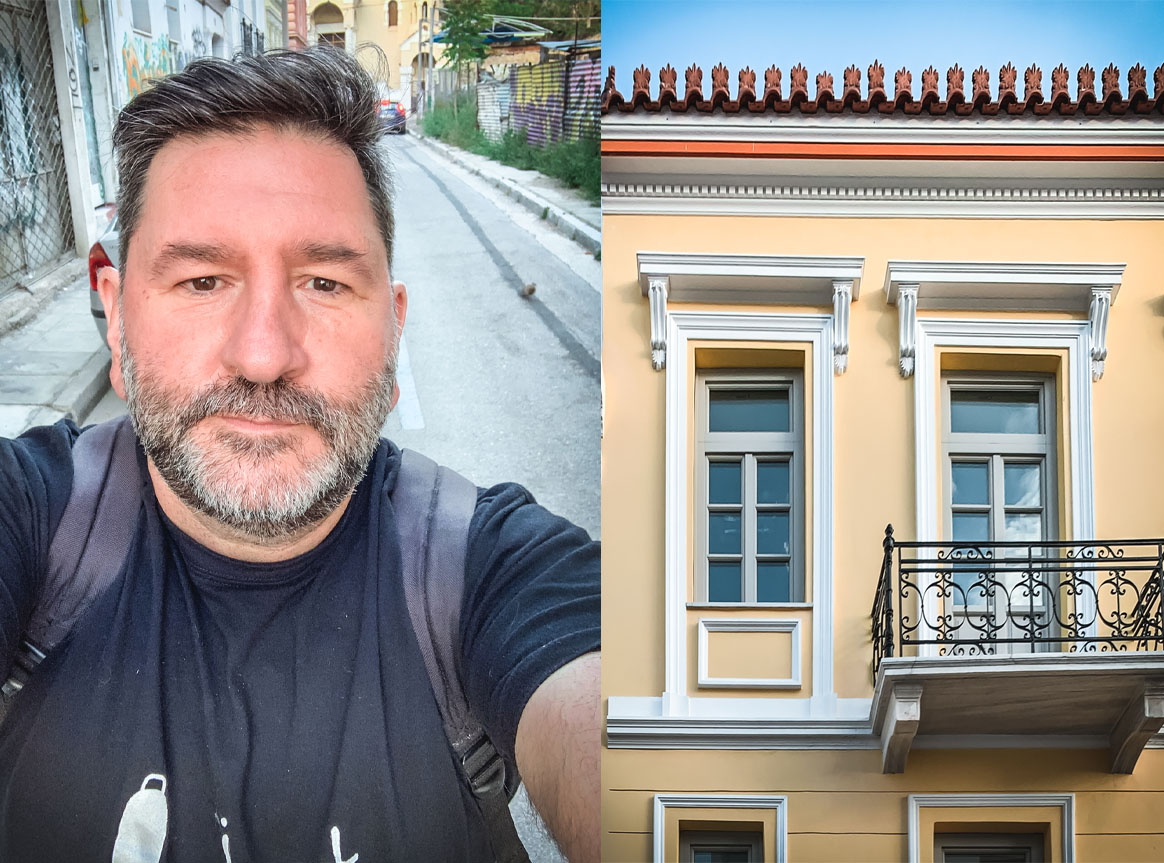 In the end I wasn’t right. The route was easy and anyone could have done it even if they were unfit.

We started in Monastiraki, went down to Psyrri and after arrived at Thisseion… 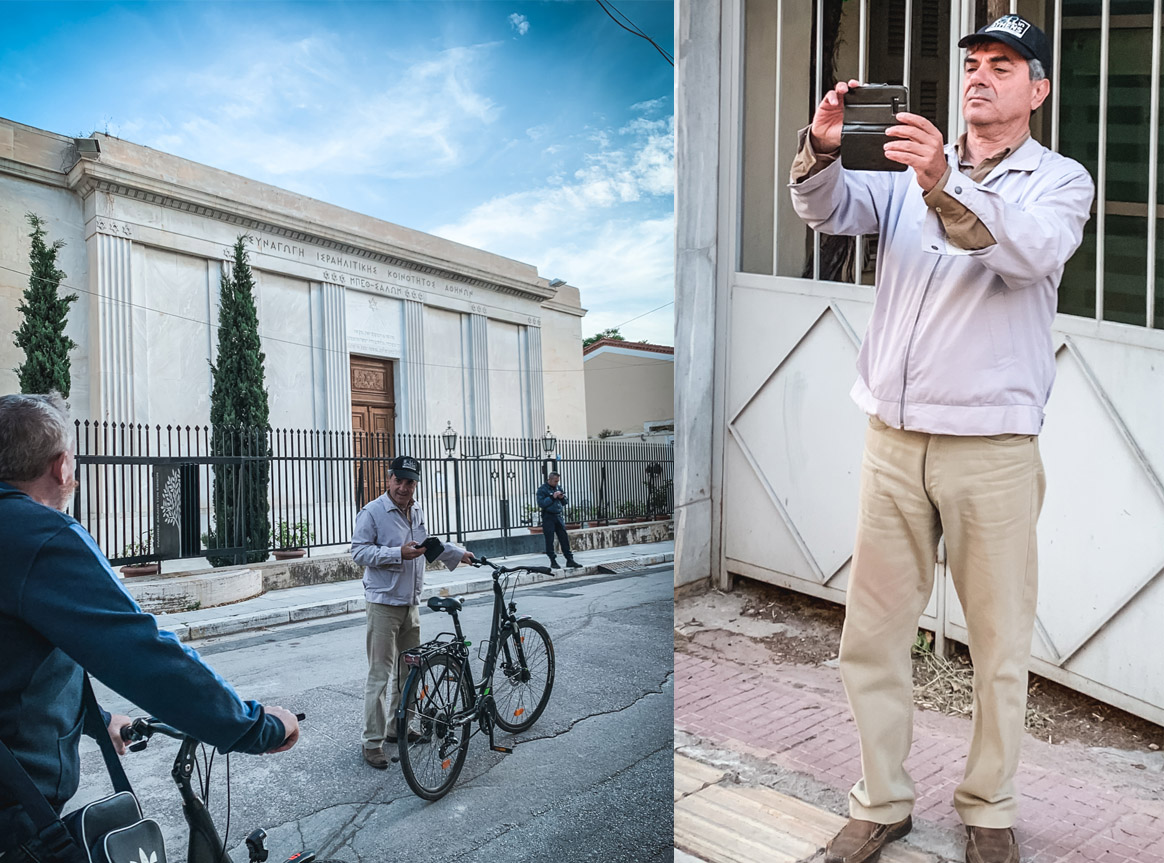 We went up towards the Acropolis via Plaka and up the pedestrian walkway leading up the hill to the entrance to the Acropolis. 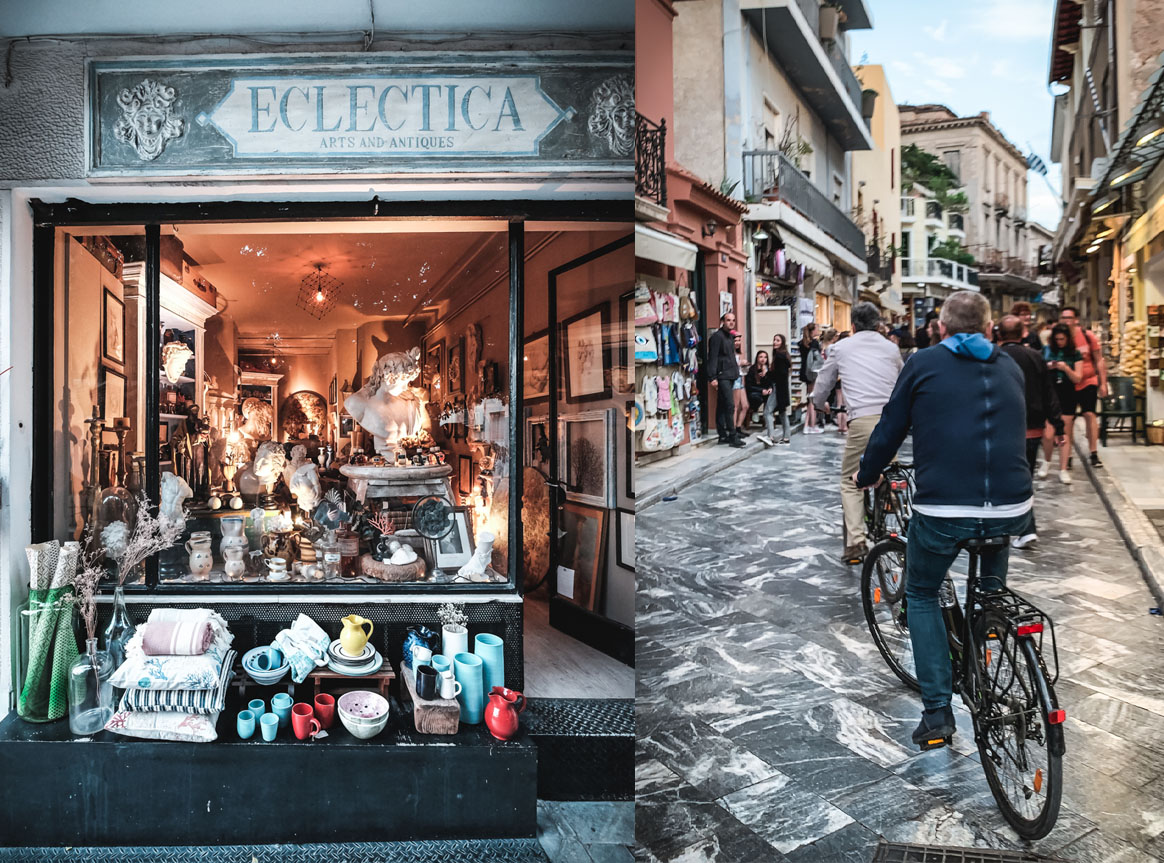 At the top of the hill we turned left and arrived at the little church of St Dimitri Loubardiari and then continued on towards Philopappou with its amazing view of the Acropolis and the city and then left via the back way through Petralona, Thisseion again and back to Monastiraki! 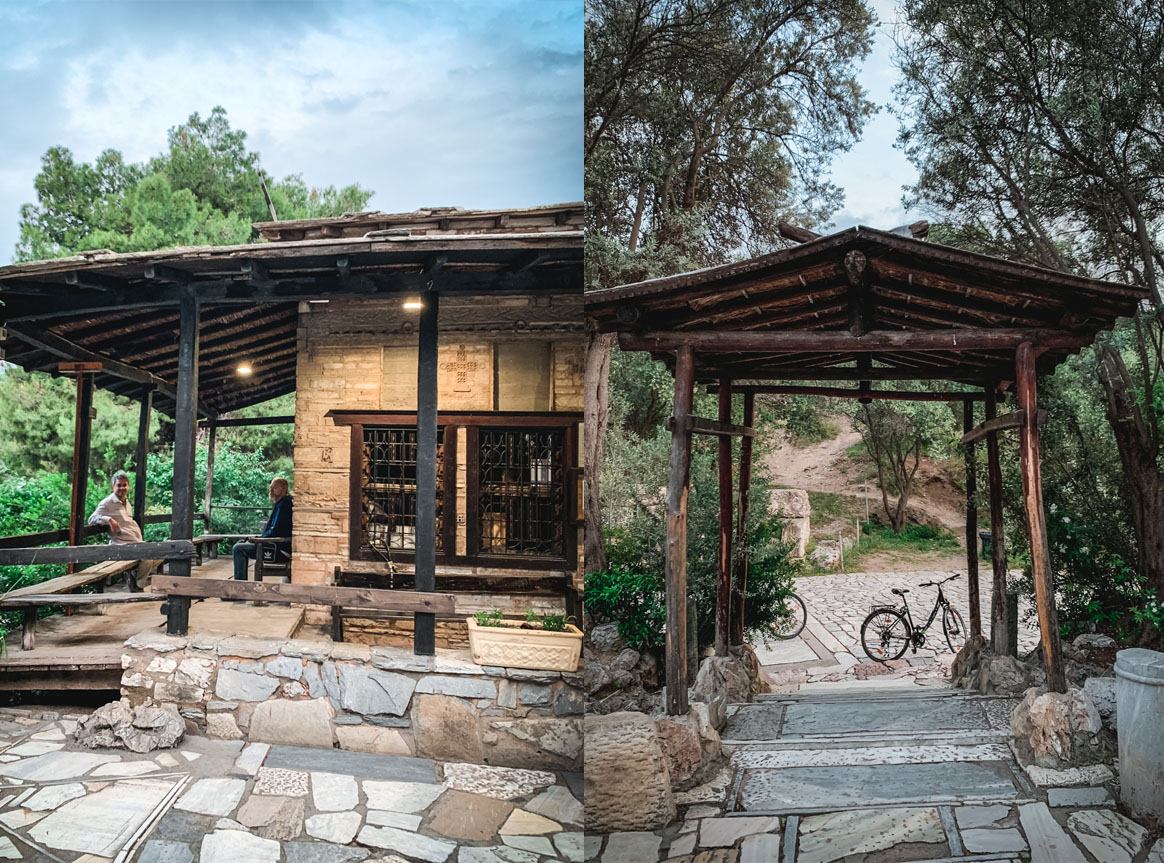 During the ride we stopped, admired the sites and heard the history of everywhere we went from Dimos and it was a truly stunning experience that evening.

I have to mention that the hill in Petralona nearly killed me but I managed it finally so all was OK in the end! 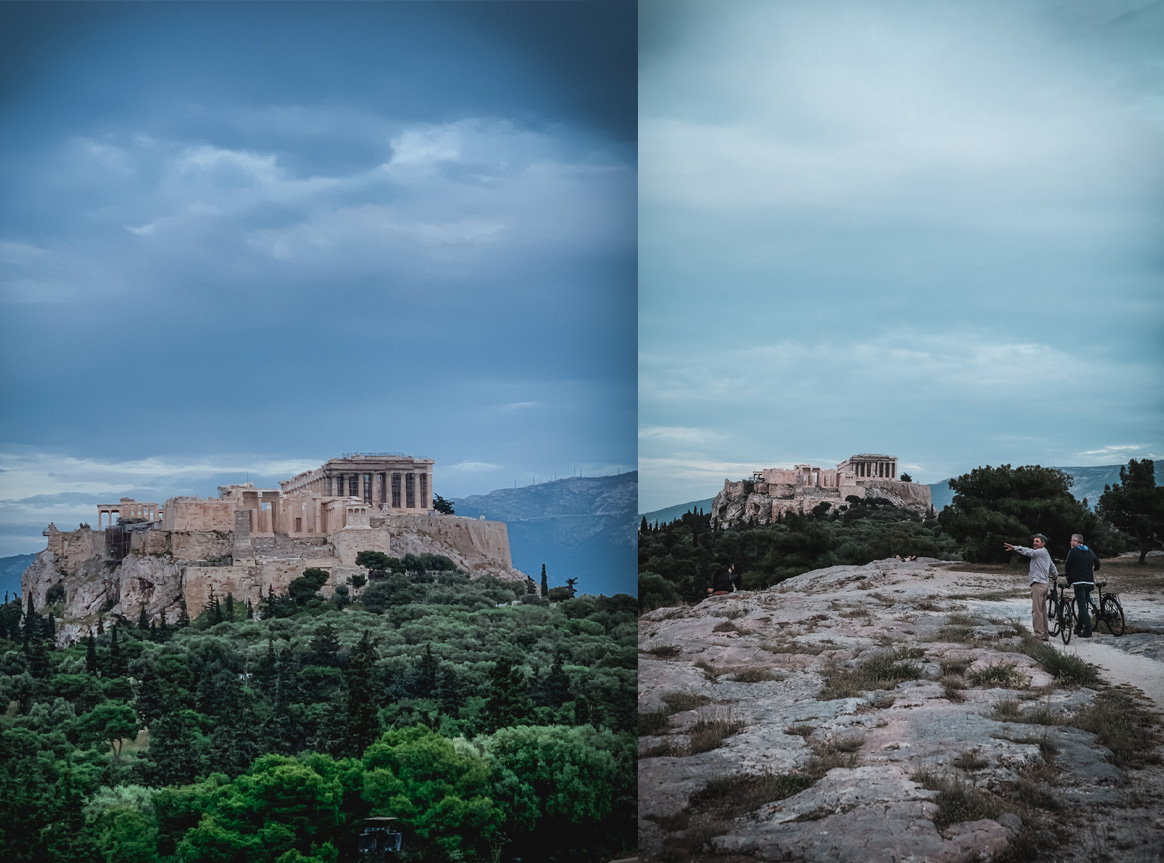 At the end we stopped at his apartment for a little water and to catch our breath while looking at the sacred rock from Dimos’s beautiful terrace directly opposite. 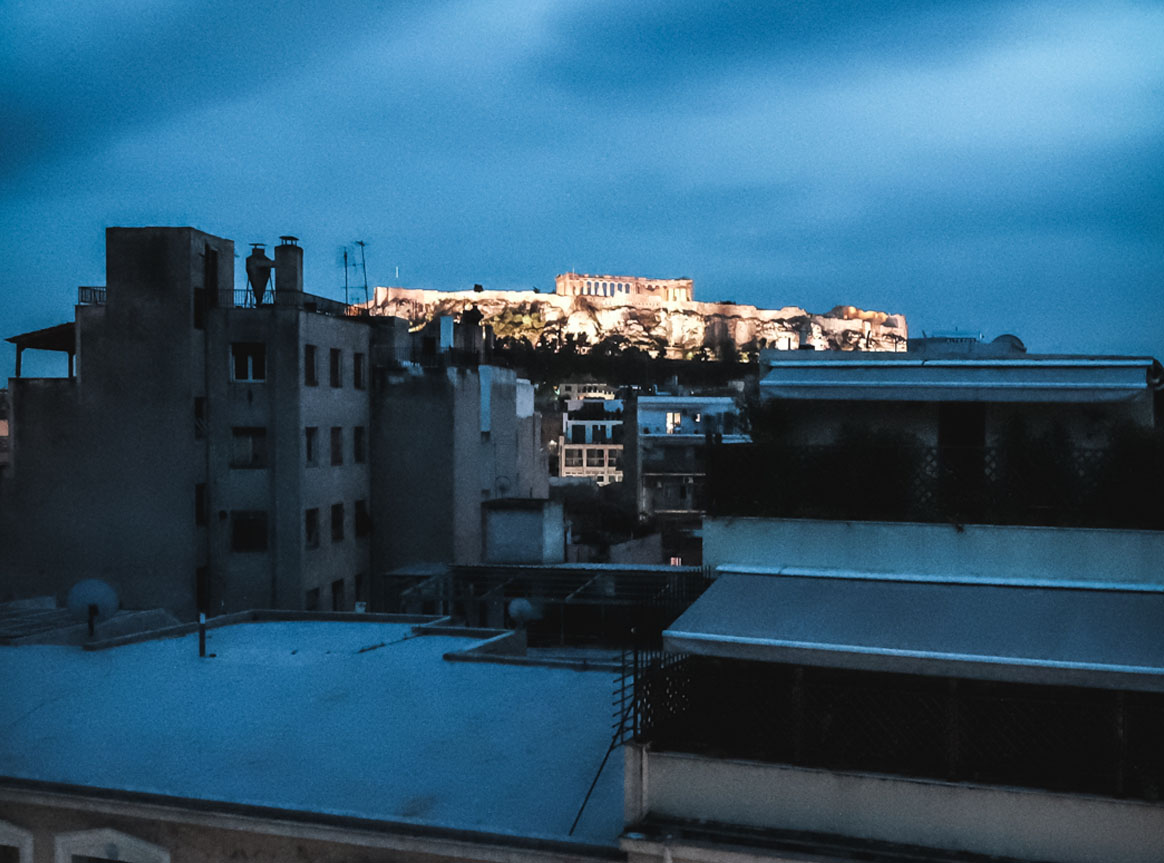 Generally the tour surprised me and is really worth doing! You see the city from a completely different perspective and I would certainly love to do it again!

Dimos has in his portfolio of tours others, which go down to the sea from the city (on a dedicated bike path) and he also does one to the area around the Academy of Plato with a talk about Philosophy! That’s one that I would love to do!

Information can be found here! They have a wonderful site and you can get all the information you need.

If you decide to go tell Dimos I sent you …he will be glad to hear it!